Staying in a tiny house was an experiment to see if we could live in one like we claimed in episode 19. 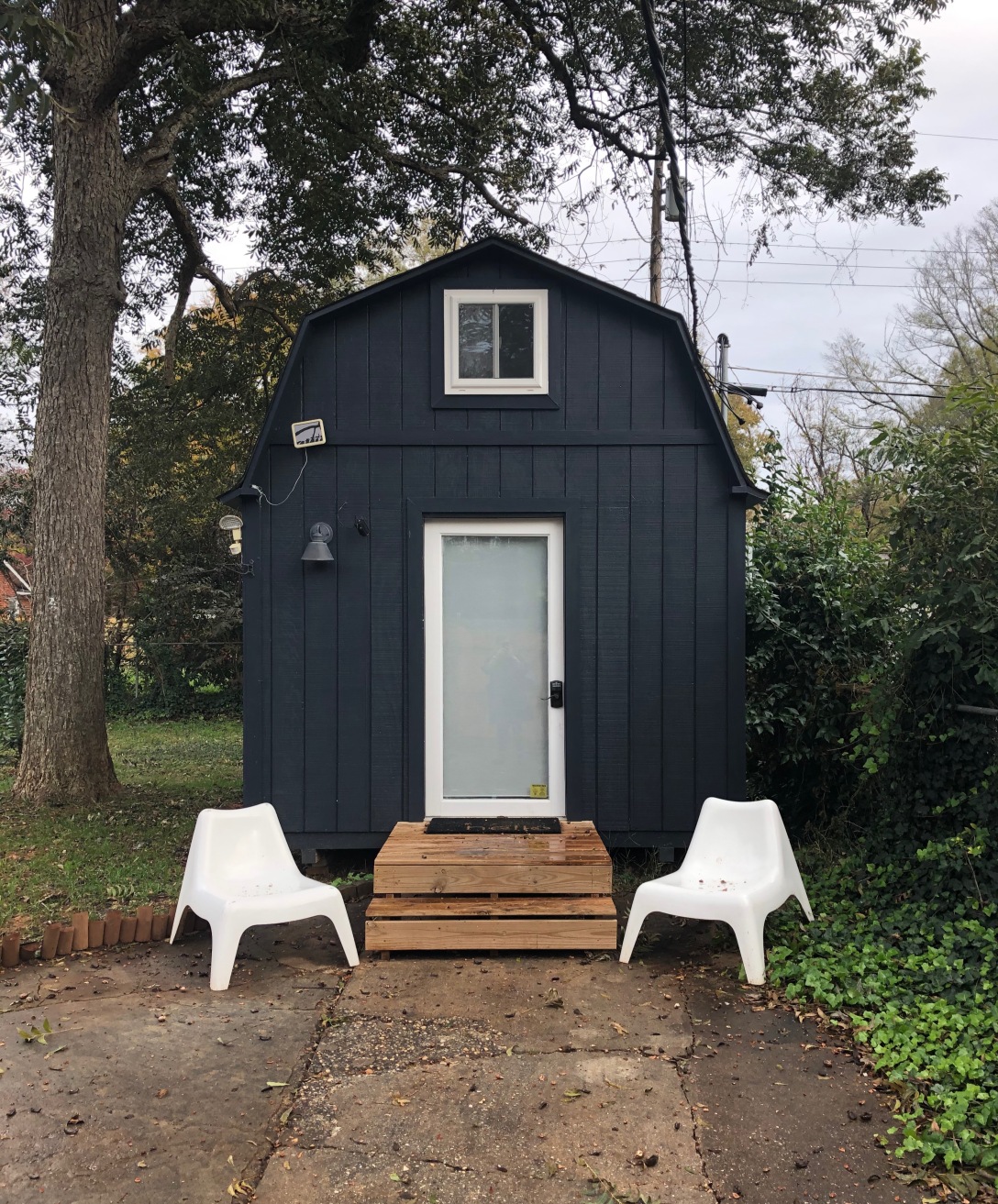 This tiny house was built as a short-term rental in someone’s backyard, so it’s on a foundation rather than being mobile. 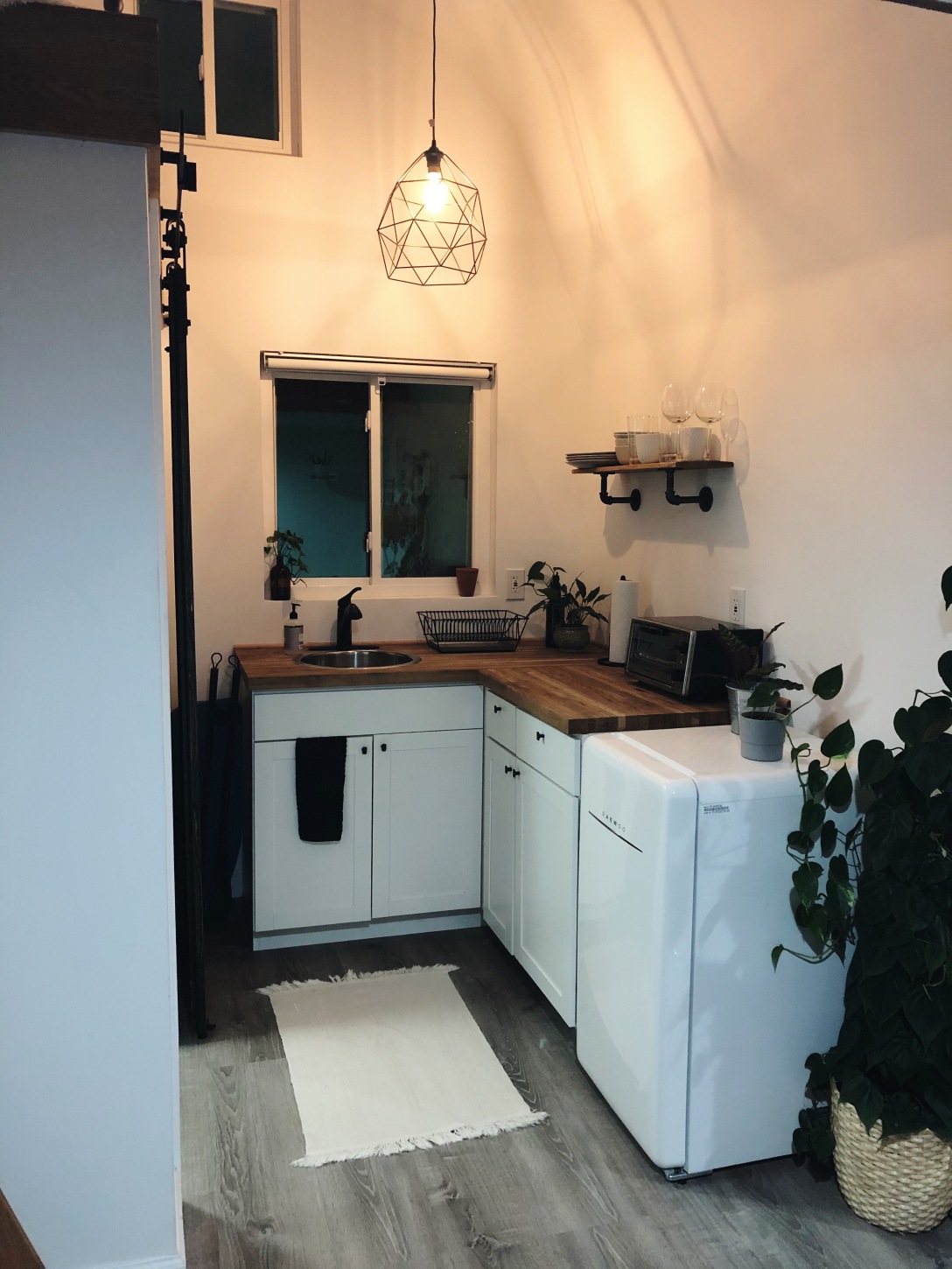 The kitchen was perfect for an Airbnb, but it didn’t have a stove, which we’d need if we were actually going to live there. This was also the main light fixture for the space, which did a good job of casting a soft, moody light everywhere. 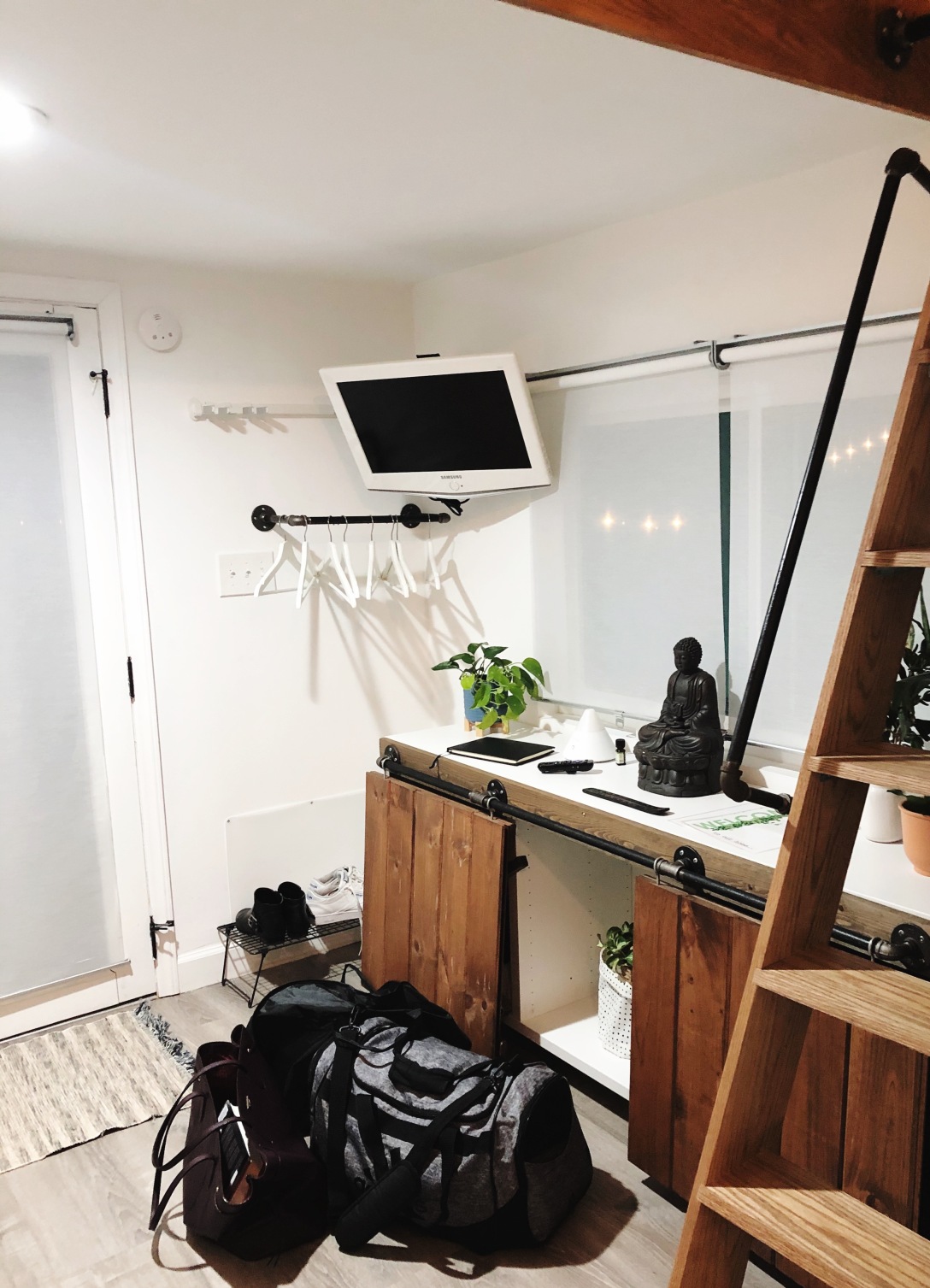 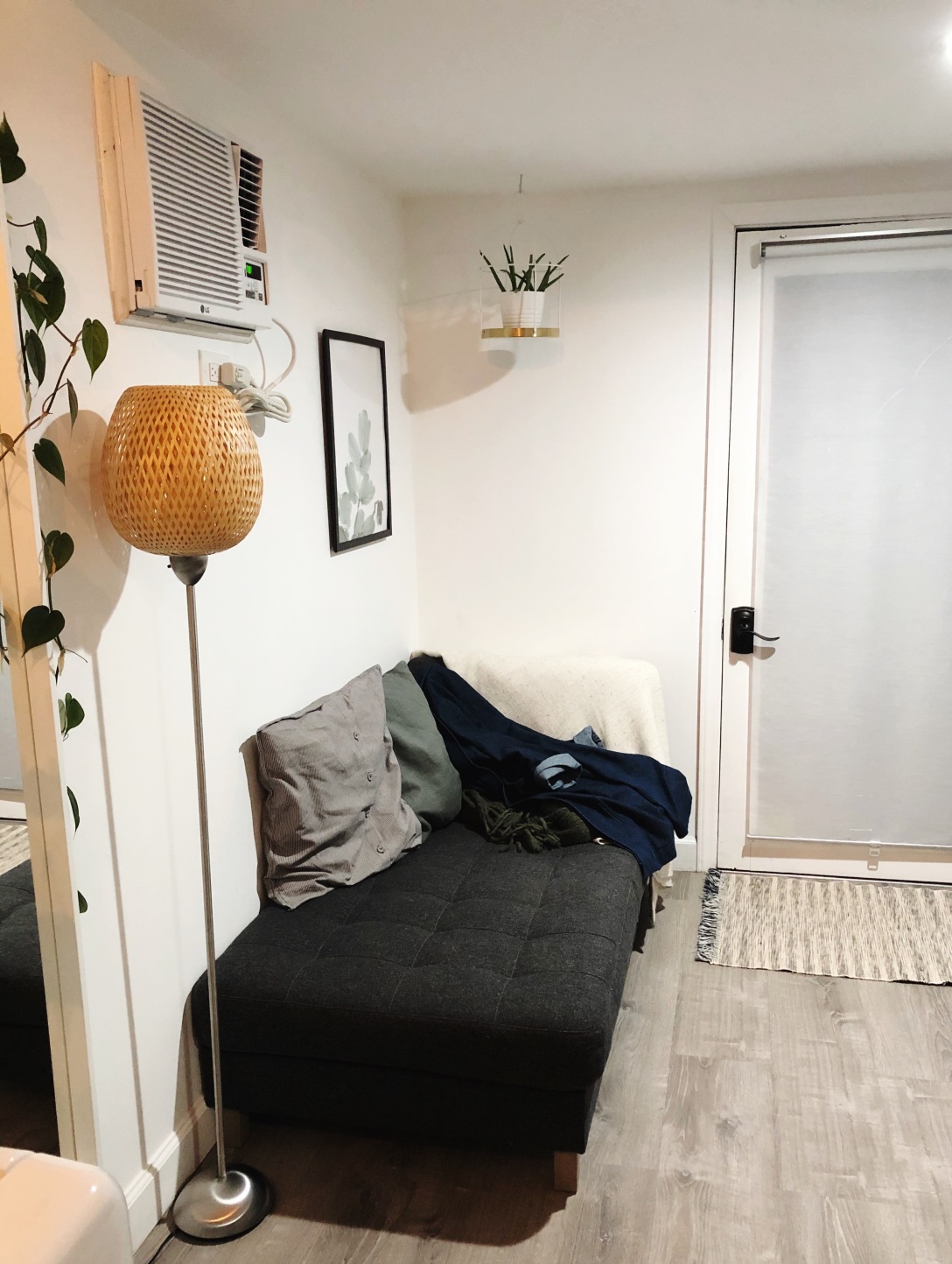 The living room had a media console on one side that we’d likely turn into a dresser/closet situation if we were actually living there and a couch on the other, which we’d probably actually prefer to be a built-in. In these pictures, the can light in the living room is on. 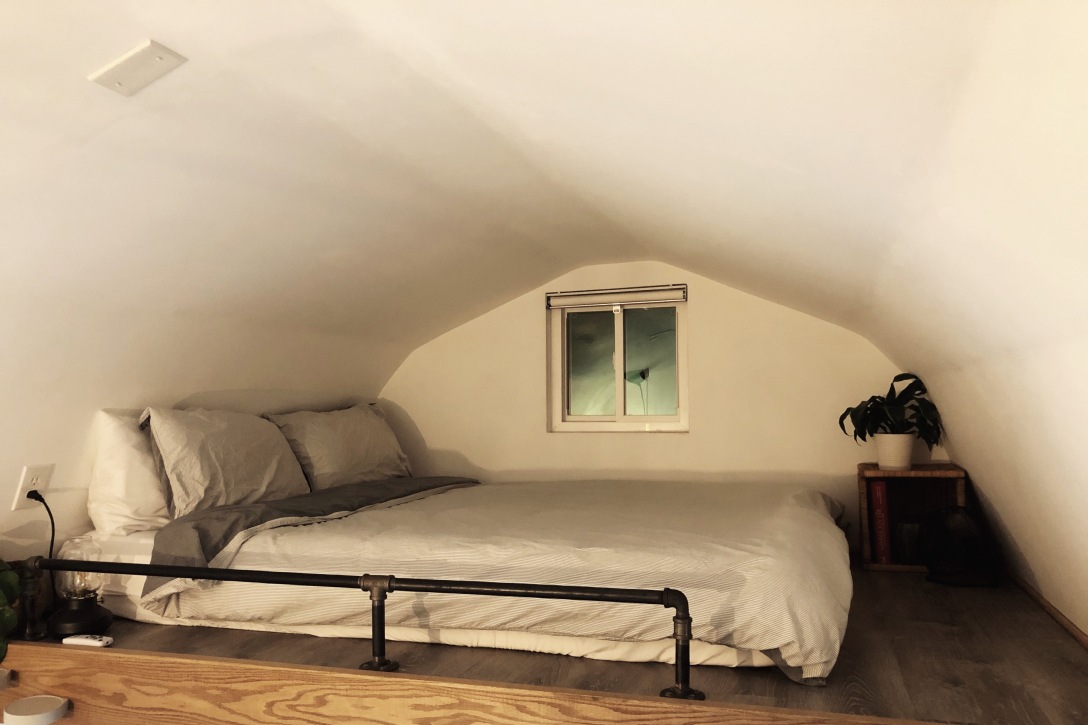 The sleeping loft was above the living room. We chose this tiny house because of the extra pitch in the roof that made the loft spaces larger. 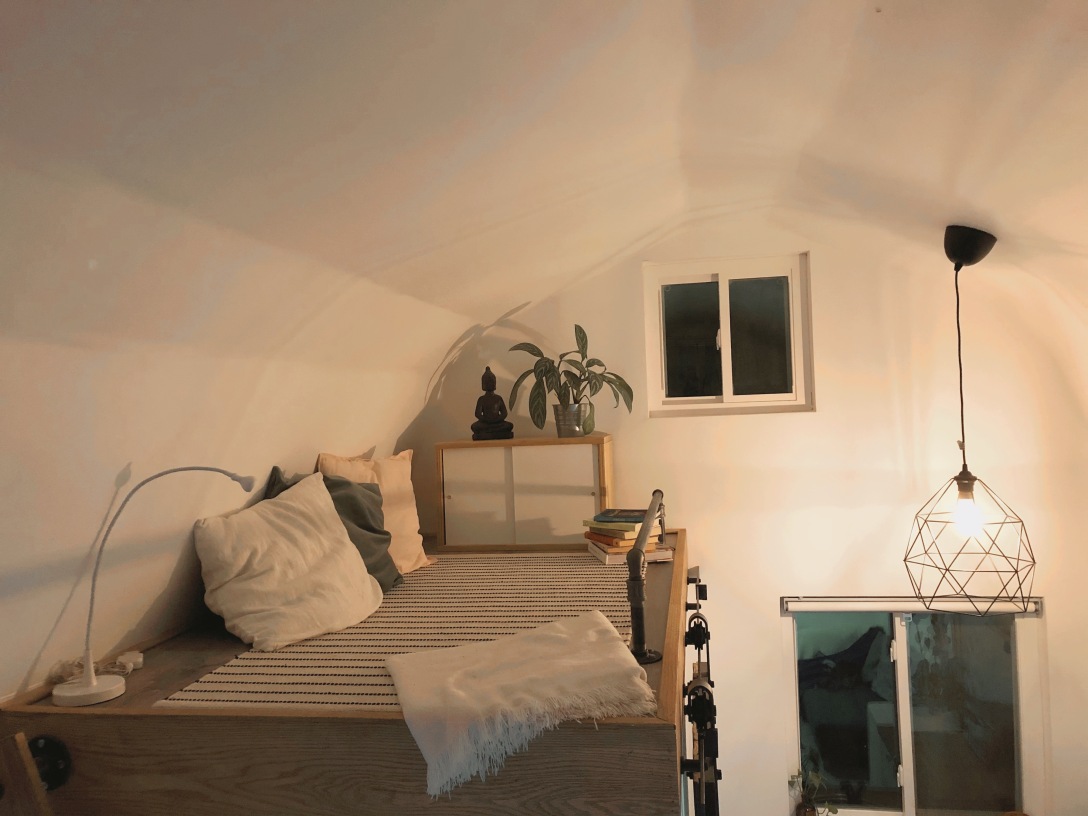 The other loft was above the bedroom, and though I thought it would be wasted space, it was actually space we spent a lot of time in. 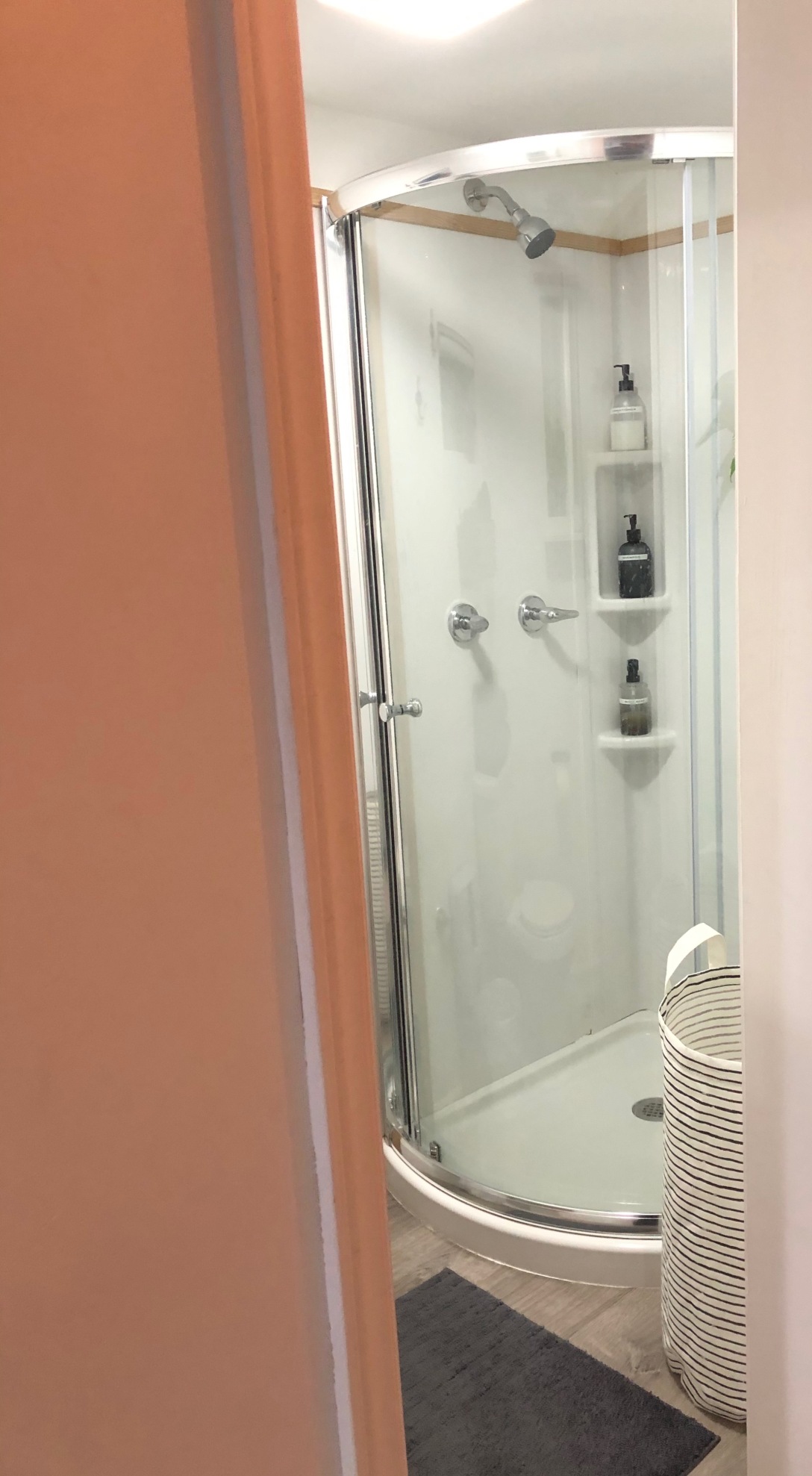 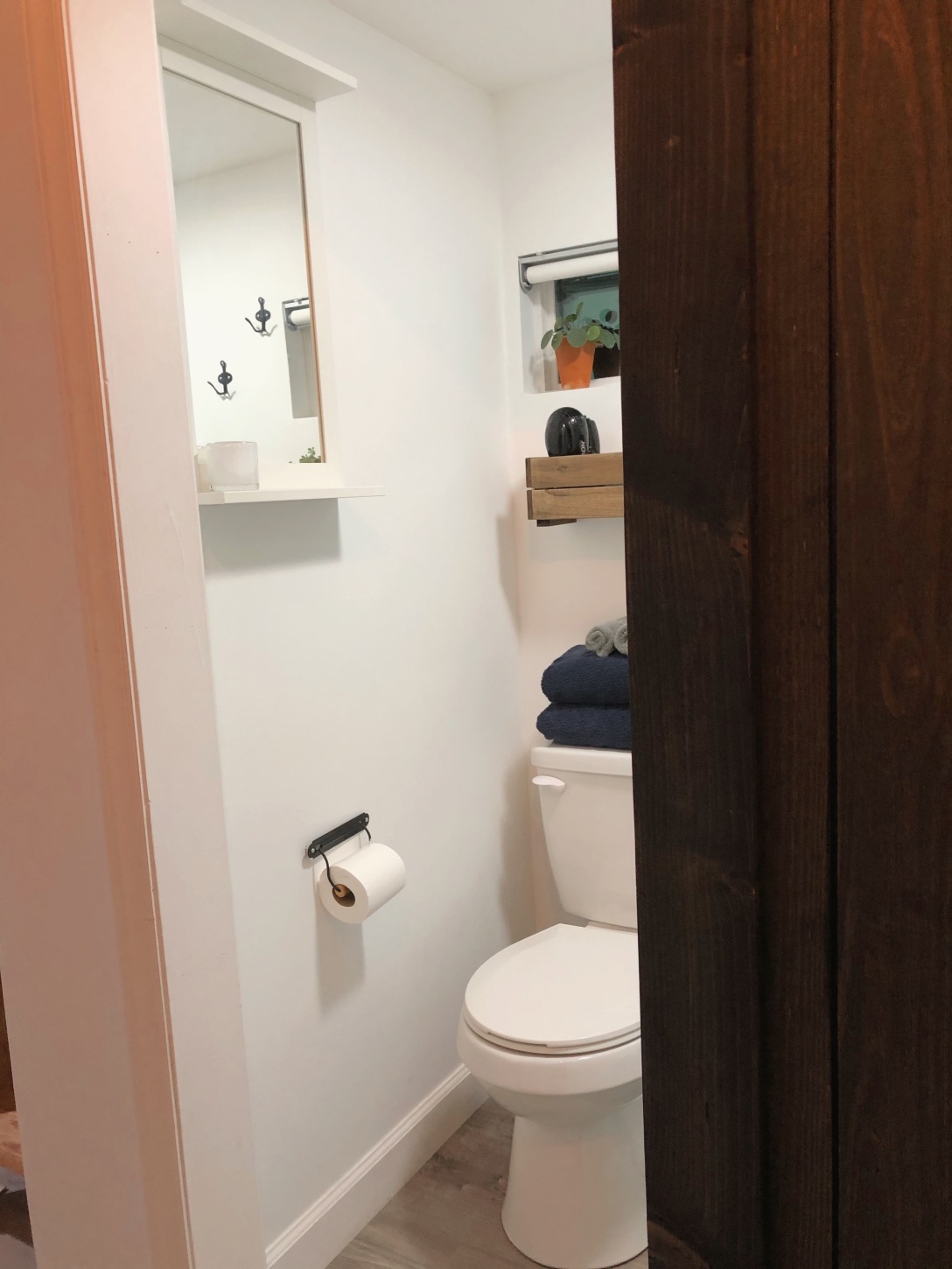 The bathroom was the only space we wouldn’t have to change at all to live there. Everything was super functional. 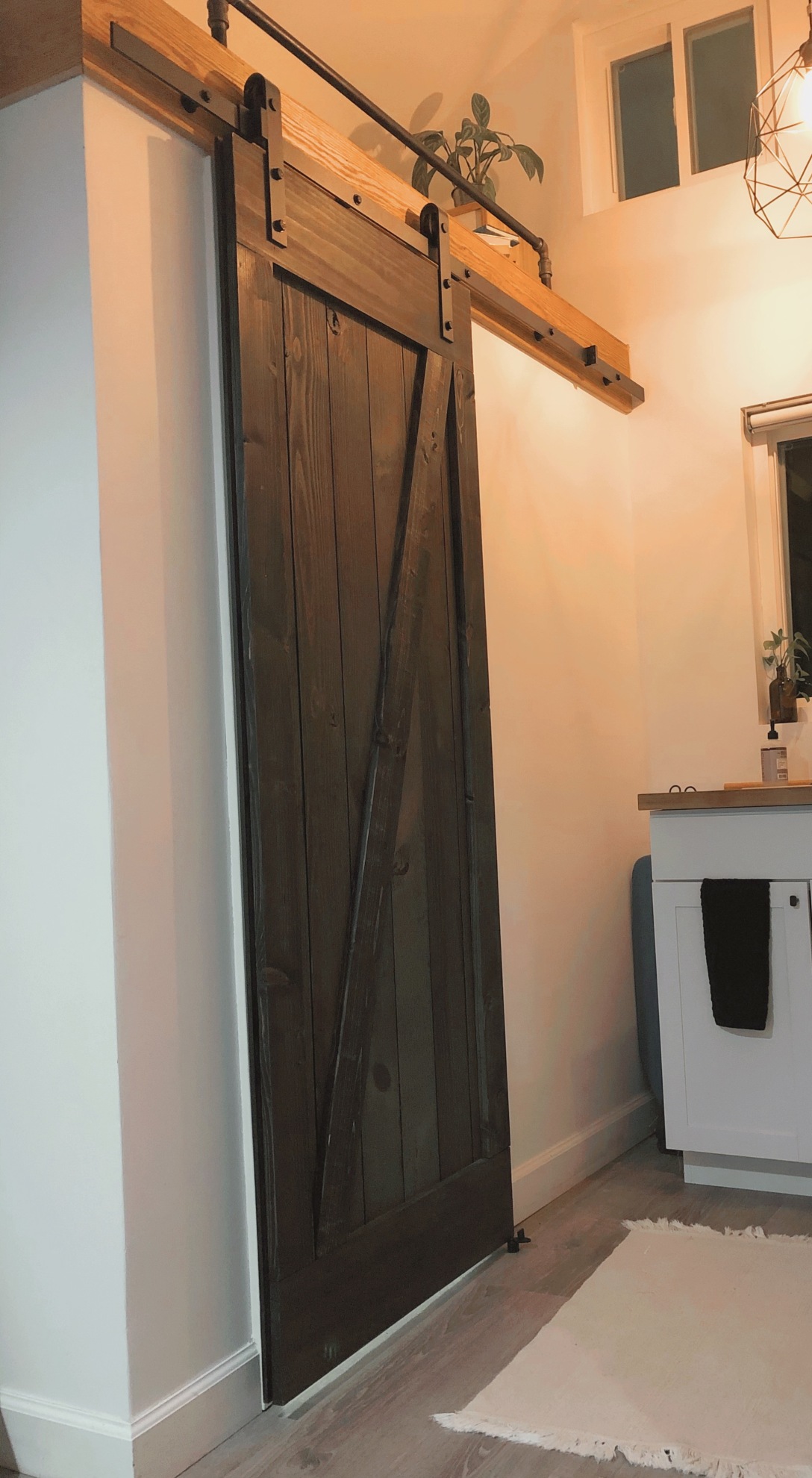 It even had a barn door, which is my favorite. 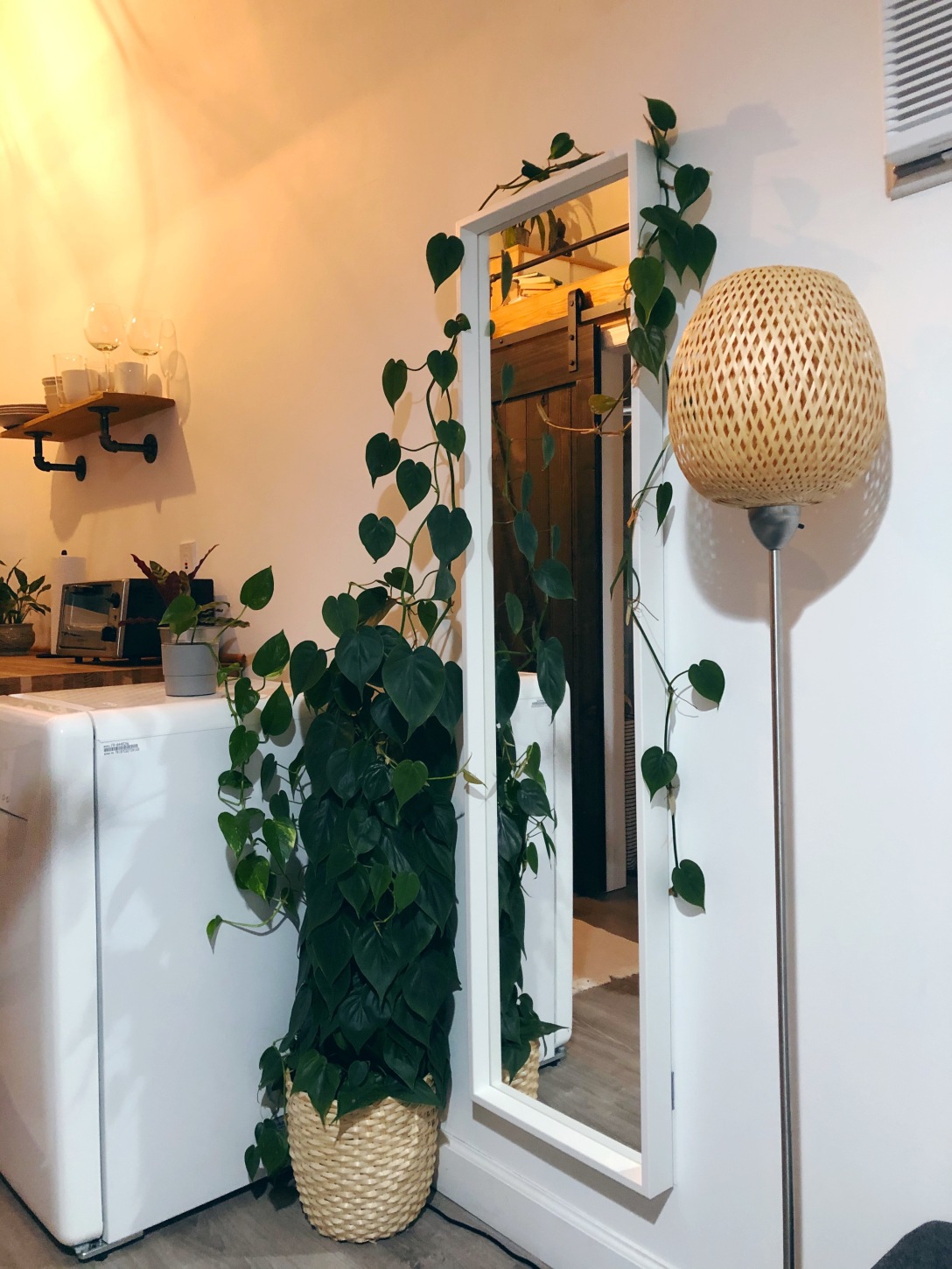 This living room mirror inspired us to think about putting a full-length mirror in our living room, rather than the bedroom where we’d initially planned. We also turned off the can light later in favor of this floor lamp.

To hear all about our weird home workouts, check out episode 11. 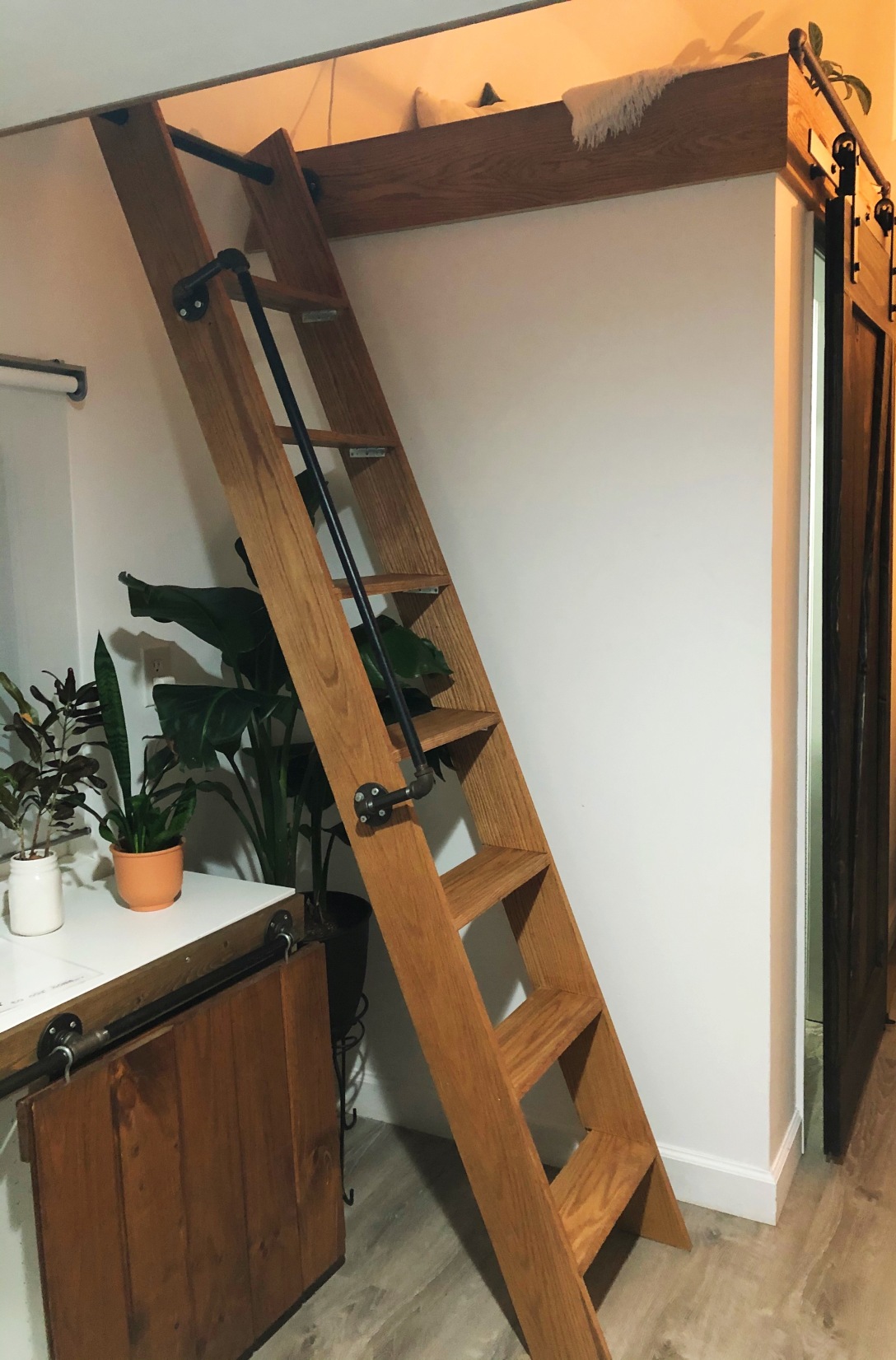 The ladder was fun for an Airbnb, but if we lived in a tiny house, we’d need stairs, if only to get snacks to the loft. 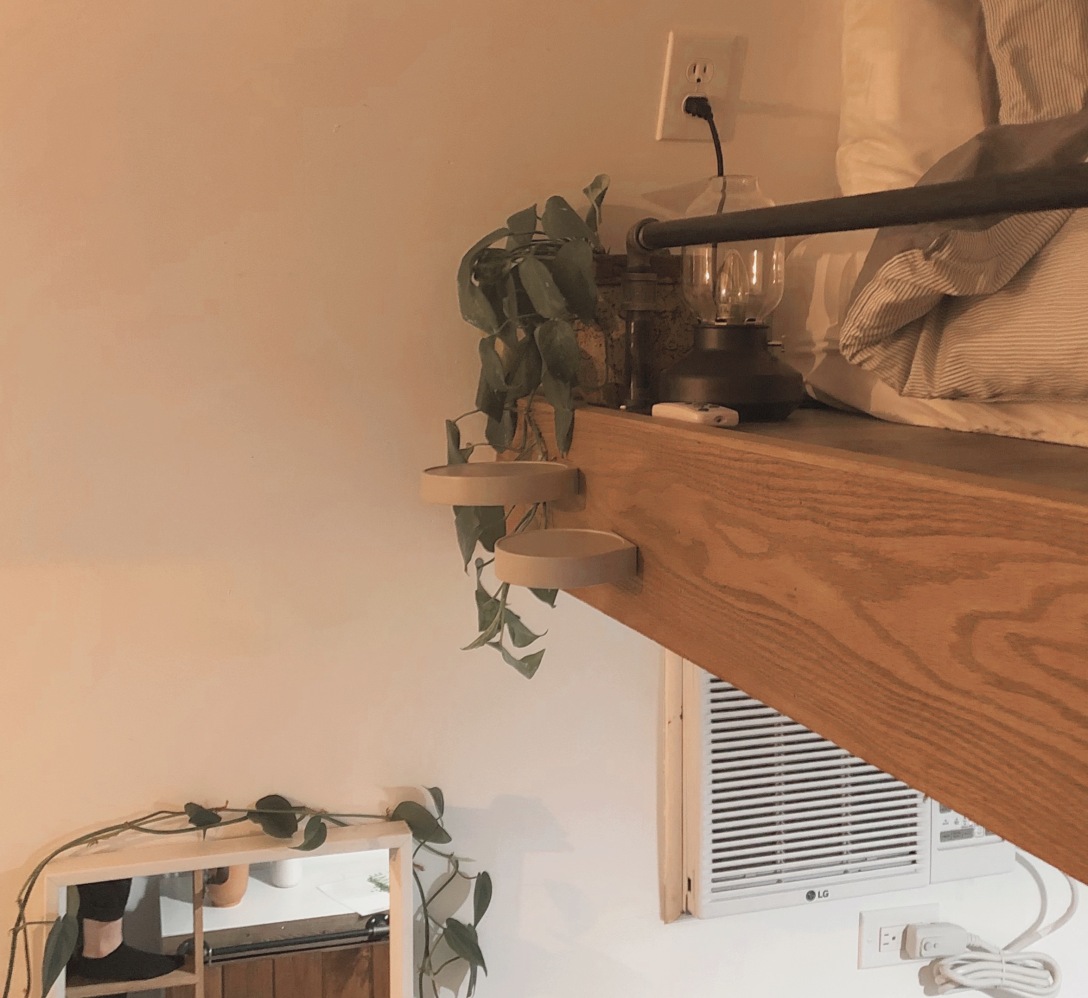 These little shelves were cute, but I was afraid my phone would fall off if I put it up there. But I liked the idea of building a shelf off the side of the loft to serve as a night stand.

You can hear all about the stuff we need for our hobbies in episode 42. 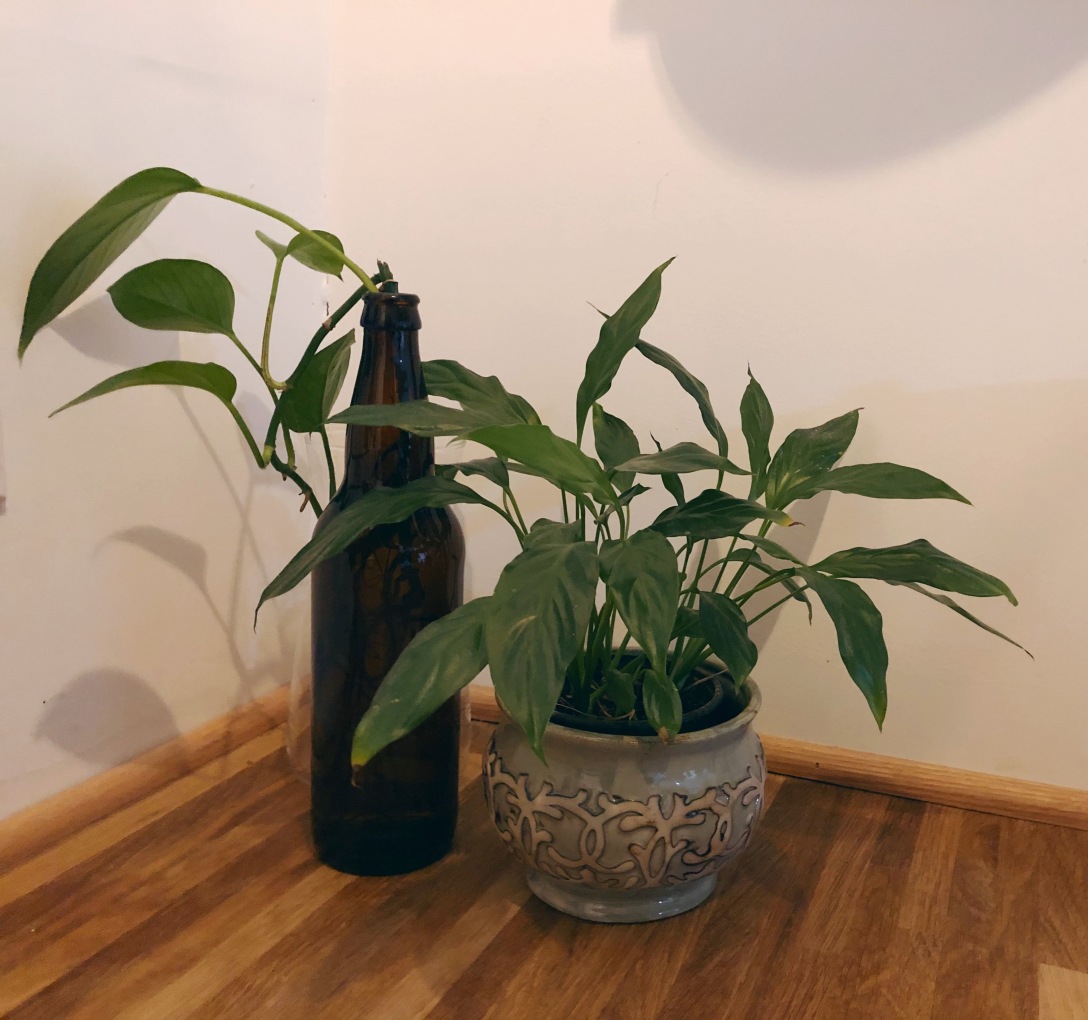 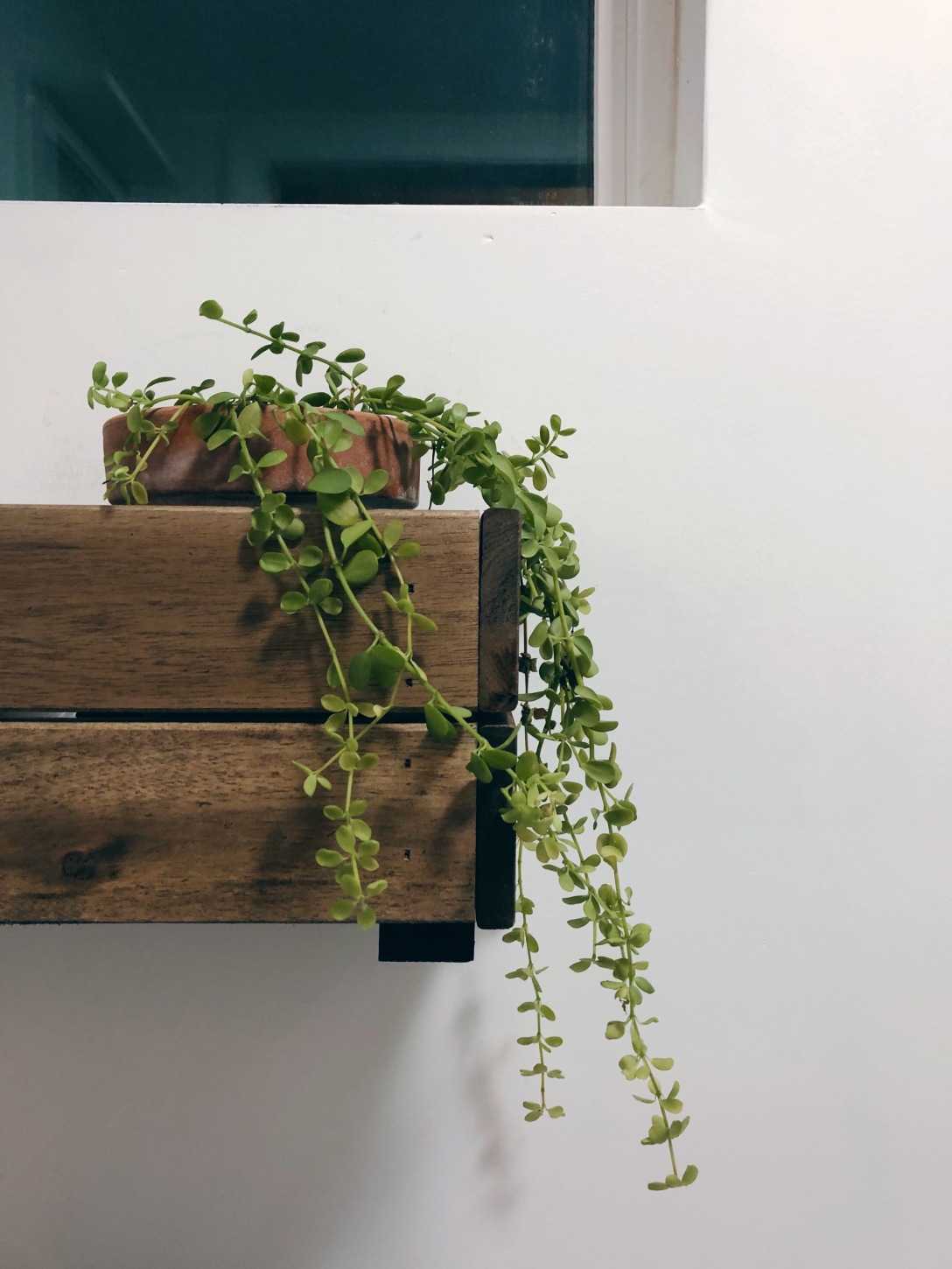 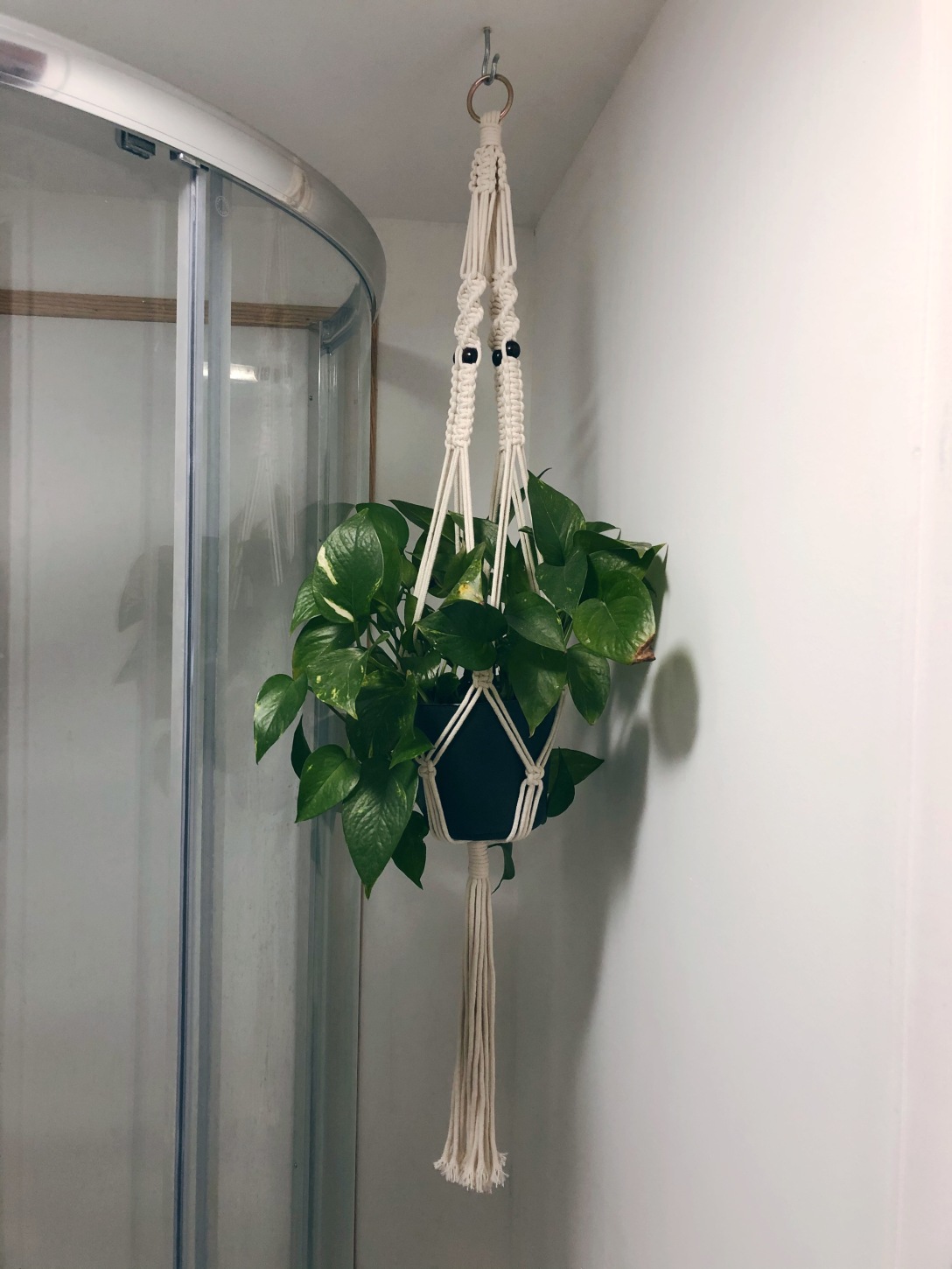 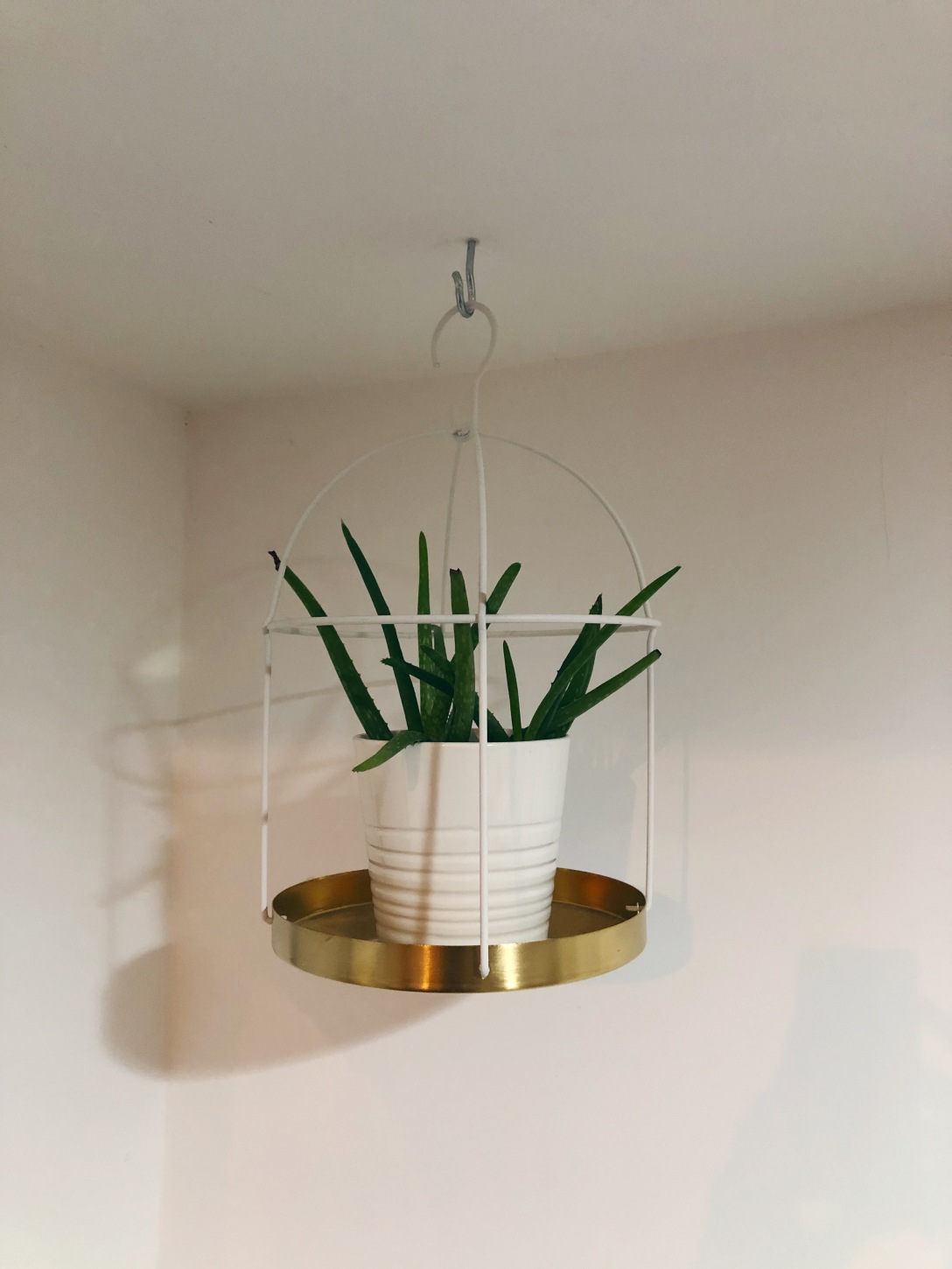 The tiny house was full of plants.

Here’s a link to the tiny house we stayed in if you’re ever in the Charlotte area.